A Brief History of Waldoch Vans

At Paul Sherry Conversion Vans, we offer only high-quality products, including vans converted by companies with decades of experience. By working with only the best manufacturers, we are able to sell vehicles to our clients without worrying about their quality or future customer satisfaction. This is why we work with the Waldoch van company, maker of Galaxy Vans. The Waldoch company does an incredible range of conversions, allowing us to offer passenger vans, wheelchair vans, and limo vans.

The Waldoch van company began in Forest Lake, Minnesota, in 1974. Donald Waldoch was proud of his woodworking skills. One day, someone asked him to create custom-built cabinets for the interior of a van. His project was a success, and word soon spread. Soon Waldoch hired an employee, and they did every aspect of the conversion projects themselves. Waldoch wanted to do more than simply installing cabinets in vans, however. Instead of creating love nests, like many conversion companies at the time focused on, he wanted to create family-oriented vans. 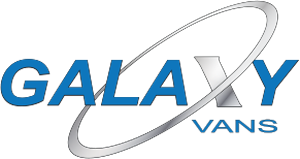 Building a Relationship with Automakers

To reach his goal of producing family-friendly  Waldoch Vans for sale, he created a relationship with Ford Motor Company to help his business grow. Demand for Waldoch vans grew even more quickly, and soon he had to move the company from his garage to a dedicated production facility. This huge facility brought hundreds of jobs to the area. By the middle of the 1990s, the company had taken on more than 150 different van conversion companies. During the industry boom, Waldoch was always on the top 10 list of the “best sales and quality” for both Ford and GM. Even when the boom ended, Waldoch’s strong dedication to quality paid off. Most of the van conversion companies were forced to file for bankruptcy or close, but Waldoch was actually able to help provide parts and deal with warranties. This left Waldoch as one of just 10 conversion companies.

Decades after Waldoch was founded, it is a company with strong family ties. Each of Donald Waldoch’s six children has worked at the company throughout the years, and two of his sons keep doing so. If you look at the company staff today, you will still find multiple Waldochs, including those in charge of sales and in management positions. Of course, the company now provides jobs to hundreds of people outside the family, as well.

Just like in the beginning, Waldoch prides itself on creating high-quality vans. They all have luxurious features with innovative conversions that put the competition to shame and deliver exactly what drivers need. Waldoch has made thousands of luxury vans and trucks throughout the years. The Waldoch Galaxy vans are among the most popular, and they are all based off the RAM ProMaster or Ford Transit. There are options designed to deliver luxury, those for carrying up to 15 passengers, those designed to replace limousines, and those that are perfect for people with restricted mobility. Waldoch vans come in a wide range of interior layouts with premium features and affordable pricing, especially when you factor in the financing options at Paul Sherry Conversion Vans.